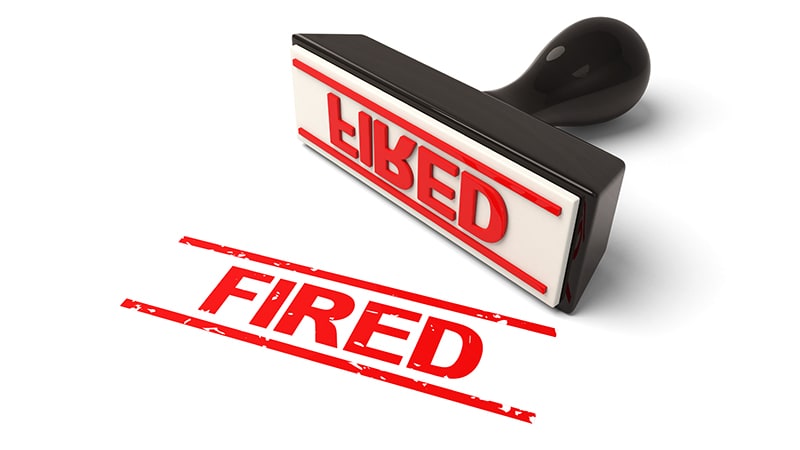 The difference between being terminated and being laid off is vast, but many people are fuzzy on the details! They assume that both are outcomes that can negatively impact your future job prospects.

This article will dive into what it means to be laid off vs. terminated, and what that means for your career going forward.

Is Getting Terminated the Same as Getting Fired? You are terminated from your employment if you are fired. The reason for your termination depends and your employer should let you know why they let you go. You may be fired for misconduct, poor performance, or because you’re not a good fit for the position or company.

The Difference Between Laid Off vs. Fired vs. Terminated:

Common reasons for being fired include poor performance, violation of company policies, failure to learn the job after being hired, or failure to get along with team members.

You may also hear this referred to as terminated. Most often, terminated means fired.

On the other hand, a layoff is typically something that happens to more than one person at a time and is triggered by company changes, restructuring, acquisitions, financial struggles, pivots in the business model, economic downturn, etc.

Example #1 of what to say when you get laid off:

Notice in the sample interview answers above, you’re being clear that you were laid off through no fault of your own!

You don’t want an employer thinking you were fired or let go for performance-related issues if you weren’t. This is why it’s best to mention that others were laid off, too (as long as it’s true).

You can see both of the examples above include this, which eliminates any doubt the hiring manager might have about whether you were fired vs. laid off.

So to summarize, the key difference between getting fired/terminated vs. being laid off is:

Getting fired is an event specific to you, and is due to something within your control (work performance, communication, ability to work with the team, ability to learn the job quickly, attitude, etc.)

Whereas when you’re laid off, the position itself is eliminated, and they do not look to replace you. A layoff isn’t caused by anything specific you did.

What does terminated status mean?

What happens when you get terminated?

Employees terminated by an employer have certain rights. An employee has the right to receive a final paycheck and the option of continuing health insurance coverage, and may even be eligible for severance pay and unemployment compensation benefits.

Does being terminated go on your record?

Previous employers typically only disclose the period of employment (hiring date and termination date), and that’s all. No information is given on salary, the reason for termination, or anything else. That’s in the US.